Rrröööaaarrr is the band’s 2nd studio album, released on Noise records in 1986. This sophomore album features their unique blend of thrash, electronic & industrial soundscapes creating a primordial fusion of progressive metal. This definitive issue of VOIVOD's second album is a must-have item for any fan of this unique and ground-breaking Progressive Metal band. The 2CD/DVD Set vividly captures the period surrounding this album and details the band's early development within their native Canada plus their first live 'assaults' across the border into the US.

Along with a previously unreleased complete show - the 'Spectrum '86 'No Speed Limit Week-End' concert from Montreal - the set also includes a complete demo of the 'RRROOOAAARRR' album, band rehearsal tracks and a 'never-before-heard' sound-collage from the tapes of Piggy, Voivod's late lamented guitarist. The set also contains tantalising early video footage of several live concerts from the band both in Canada & the US, the grainy films providing a unique insight into this developmental world of 'the' VOIVOD. The album has been re-mastered from the original tapes, pressed on high quality heavy-weight vinyl and the artwork has replicated the original release. 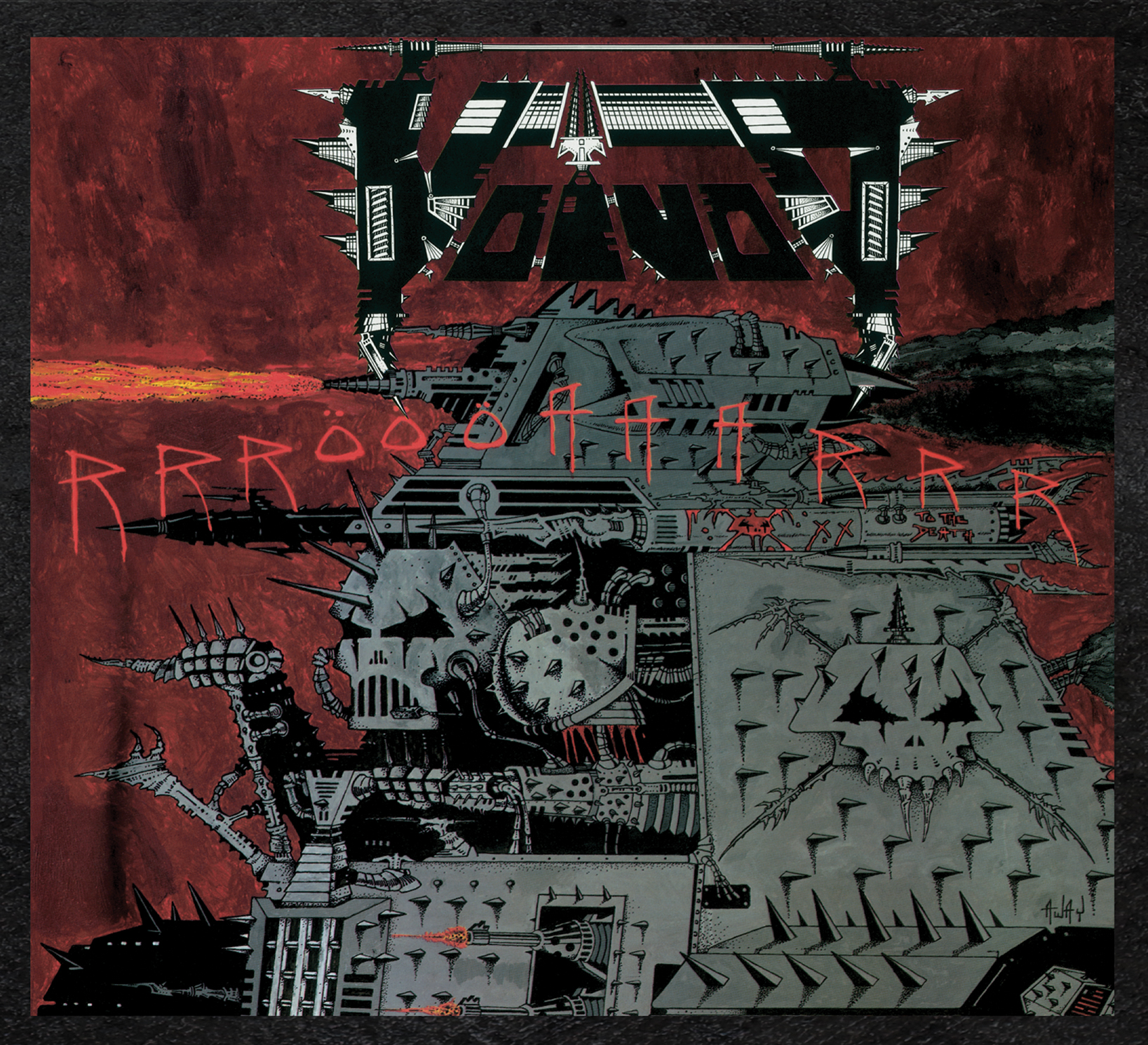